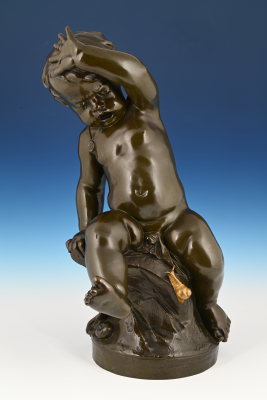 Adolphe Itasse (1830 - 1893) is an important French sculptor who was born in Loumarin (Vaucluse) in 1830 and died in Paris in 1893. He studied with Belloc and Jacquot and exhibited at the Salon de Paris from 1864 to 1893.
He worked on a number of public commissions for the Louvre (Retour de la Chasse), l Opera (Philidor, Puccini, Cambert), the Trocadero Palace (L Astronomy) and the Hotel de Ville de Paris.
He specializes in busts, portraits and heads of contemporary personalities. He also sculpted a number of genre and allegorical works, such as The Kiss and The Birth of Love.
Among other things he won a medal at the Salon of 1875 and an honourable mention at the World Fair of 1889.
Literature: Mackay, James, The Dictionary of Western Sculptors In Bronze, Baron Publishing, Woodbridge, 1977 p. 195.
In The Huntington Libary, Art Museum and Botanical Garden in San Marino, America is a similar example of this sculpture of this maker, only in marble 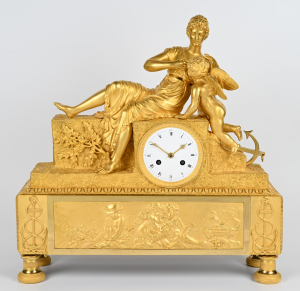 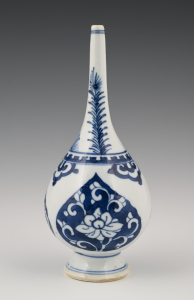